Please see below for the full report of the Meetings held with BSNL & DOT Officers by our leaders in New Delhi: 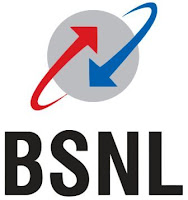 MEETING WITH DIRECTOR (HR), OF BSNL

There was a meeting with Smt. Sujata Ray, Director (HR) of BSNL on 21st February 2017. GM (Admn) and GM (SR) were also present. We expressed our sincere thanks for the meeting and courtesy shown by Smt. Sujata Ray. Before the formal discussions started, she asked us about the future pension revision of BSNL retirees. We told her that we had demanded pension revision with fitment benefit granted by Seventh Pay Commission and not PRC. She appreciated our stand. It was also indicated by her that BSNL is yet to take a formal decision on the third PRC report. She told also that the financial position of BSNL is in bad shape.

one month, no Circle is honouring the same. She assured that the matter would be looked into and directed the GMs to check up with some circles.

We pointed out that Medical claims are being processed now in ERP. Recently, the Corporate Office of BSNL has introduced a
new system. Data of all the employees and retirees has to be fed in the new software which will take lot of time and delay the process. Director (HR) was inclined to accept our suggestion to allow the Circle Units to process pending cases up to 31-3-2017 in the existing system and then migrate to the new one.

Some SSA offices are deducting the income tax at source taking into account the medical reimbursement amount exclusively. As a result, some pensioners whose total income including the medical reimbursement amount they received is within the exemption limit of Rs Three lakh, are forced to pay income tax on the MRS amount in excess of Rs 15000. Director assured that the matter will be examined. She wanted a separate letter on it and next day we submitted the same to her office.

When some BSNL pensioners approached the CGHS, the CGHS card was denied to them on the plea that they have not yet received any instruction from CGHS Headquarters. The GM (Admn) told that his office had already taken up the matter with CGHS authorities and got settled.He assured that CGHS orders could be given to us.When P S Ramankutty and Com. Anupam Kaul (Secretary of Delhi Headquarter branch) went to his room later, the situation was different. No doubt that his office had taken up the matter with CGHS authorities, but no specific instruction was issued by CGHS Head Quarters to their units so far!. GM told that they are pursuing the matter with CGHS.
[Next day, we went to the Dept. of Pension and gotit confirmed that they have approved it on the previous day. DoT has to issue the formal order.]

This is also an old item pending. Some Circles restrict to LOCAL CALLS as the free calls allowed to the Rent-free telephone connections given to BSNL retirees. It was told earlier that Management Committee of BSNL was reconsidering the issue.GM (Admn) told that a decision is taken to remove that restriction and also that the modified order would be issued soon.

We brought to the notice of Director (HR) that in some places the pensioners were provided with CDMA Phones instead of rent-free land phones on the plea of technically not feasible. Now the BSNL has withdrawn CDMA. We requested the Director to provide mobile phones to the concerned pensioners. She assured that it would be considered.

Individual cases of some retirees not getting pension as presidential order for their absorption was not issued etc. were taken up. Director assured to examine it and wanted separate letter on it. We handed over the letters.

On our request, a meeting with Shri J S Deepak IAS, Secretary, Telecom was fixed at 4 PM on 22-2-2017. We had sent a list of items to be discussed also. But, when we reached his office in time, Secretary was busy in a video conference with Prime Minister. Hence, he authorized the Member (Services) to discuss the issues with us and then go to him, as soon as he is free.

From our Association the following participated:

Some issues discussed are:

[Next day, we went to the Dept. of Pension and gotit confirmed that they have approved it on the previous day. DoT has to issue the formal order.]We brought to the notice of Member that some Circles are seeking unnecessary clarifications on the matter and Directorate is not giving the clarifications resulting in denial of the benefits to pensioners. When we started explaining the details the Member(S) said that he is fully aware of OTBP/BCR Etc. He further informed that only on the previous day, DoT received a report on the matter from BSNL Corporate Office. Suitable clarifications will be issued shortly. [Later, we could get a copy of the 4 pages report from BSNL CO. It was totally negative. Next day itself we gave our reaction in writing to DDG(Estt) and Director(Estt). ]

We wanted extension of the benefit of CAT Ernakulam judgment in the case filed by our Circle Association to all the affected pensioners in all circles. Member(S) told that since case pertains to Kerala Circle only, a general instruction can not be issued. However, CCA Kerala will be suitably advised.

Full pension was granted to BSNL IDA pensioners retired after 1-1-2006, based on clear orders from DoT Directorate as per recommendations of sixth CPC. After eight years, the Kerala CCA questions the wisdom of Directorate in issuing such an order itself. He has withheld the revision orders with 78.2%in favour of such pensioners who got the full pension as mentioned above. The plea is that a clarification is sought from Directorate. We requested that such tendency of seeking unwanted clarifications on settled cases should be discouraged. Director (Estt) told that no letter was received by her office from Kerala on the matter. She categorically told that those who retired after 1-1-2006 are entitled to full pension and also that 78.2% cannot be denied to such pensioners.

We told that we are aware of the DOT order dated 15-2-2017 on the subject. After 6th CPC report, CCS Pension Rules 1972 was amended to the effect that ‘linking of 33 years of qualifying service was dispensed with”. DOT issued specific order that it is applicable to BSNL IDA pensioners who retired after 1-1-2006. This was implemented in Kerala also. Now CCA Kerala is withholding 78.2 revision cases for who retired after 1-1-2006 and who were given full pension. CCA says that he sought some clarification from Directorate. Director (E) said that she has not received any letter from Kerala on the matter. She confirmed that employees retired after 1-1-2006 are entitled to full pension and as well as 78.2 benefit.

When we pointed out the contradiction about the minimum pension in BSNL after 1-1-2006 because the order dated 15-3-2011 of DoT states it as Rs 3500 in the body text and Rs 3880 in the Annexure, Member(S) did not relish it and simply said that there is no contradiction.

It was informed that DoT has sought approval of Department of Pension for issuing orders raising the ceiling of gratuity, commutation etc. as suggested by seventh CPC. Pension Department wanted some particulars and it was supplied. The approval from DoP&PW is expected any time.

After the discussions with Member (S), we were taken to Shri J S Deepak, Secretary (Telecom) and Chairman of Telecom Commission. Member(S), DDG (Estt), and Director (Estt) were also present in the meeting. Shri Prahlad Singh (Member-Finance) and Ms. Linda (DDG-Accounts) too joined. Discussions with member, Services were reported to him.Secretary was in a jovial mood,

We expressed our sincere thanks to the Secretary for granting the benefit of 50% DA Merger.

Lot of discussion took place on the subject. Secretary was very emphatic for fixing a target date. We pointed out acute shortage of staff in CCA offices. Specific cases were also given. DDG Accounts agreed with us. We wanted a specific date by which entire work of revision with 78.2% should be completed. Secretary admitted that it is already delayed and directed Member (F) and DDG (E) to sit and decide the date which should be practical but not to be stretched too far. Member (F) agreed to fix the next target date.

We suggested that a common server should be introduced with all particulars of BSNL retirees so that both DoT and BSNL can use it for any further processing of cases related to BSNL retirees. DDG (Accounts) said that she is on the job in consultation with BSNL Corporate Office. She informed that it may take 8 months if everything goes as per plan. Secretary said that that project is a long-term one and need not be linked with 78.2 revision.

Secretary understood the problem. Other officers pointed practical difficulties. Secretary wanted some mechanism to settle Pensioners’ Grievances. He suggested some representatives from Directorate can attend circle adalats in one or two circles and then decide the matter for holding adalat at national level. DDG (Accounts) later on assured that she will explore the possibility of holding Adalat at national level at least once in an year. She also told that previous Member(F) was very much favourable on this issue.

Secretary, Telecom told that Cabinet Secretary has recently conducted a high level meeting to study the third PRC report and as he could not attend Member(S) attended and ‘vehemently” pleaded for pension revision in BSNL.

We told Secretary, Telecom that we are not demanding Pension revision as per PRC recommendations. We want pension revision with the fitment benefit suggested by seventh CPC, as we are pensioners covered by CCS Pension Rules 1972.

He told that he understood our view points. It will take more time to take a decision.

[We are of the opinion that more pressure is required to be mounted in this regard.]

We requested Secretary (T) to implement the order from Principal bench of CAT delivered on 16-12-2016 granting the benefit to all the 4230 pensioners affected by the anomaly as our Association is the applicant in the case. It was told that the matter is already referred to Legal Section for their opinion. Then the matter has to be taken up with Department of Pension and Department of Expenditure too before taking a final view.

{We handed over separate detailed letter on every item discussed.}

We sincerely thank our All India leaders for their sincere efforts for taking our pending cases to the highest authorities of BSNL & DOT
Posted by STR DIVISION at 07:29