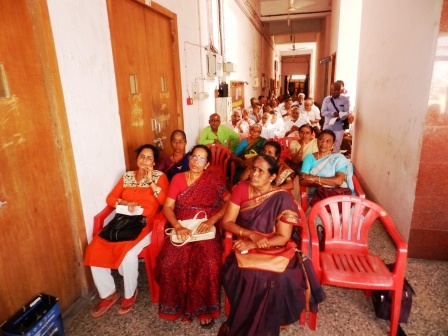 Com A. Sugumaran presided the meeting. Com S. Sridharan read out the minutes of the last meeting and got approval from the members. 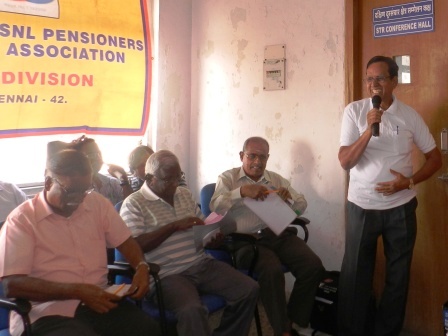 Com S. Narasimhan conveyed birthday greetings to the members whose birthdays are coming in this meeting. He then introduced the 3 new members to the General Body. He conveyed the STR Division Welfare news to the members. He explained in detail about the 78.2% Pension Revision Progress work in CHTD, STP & STR. 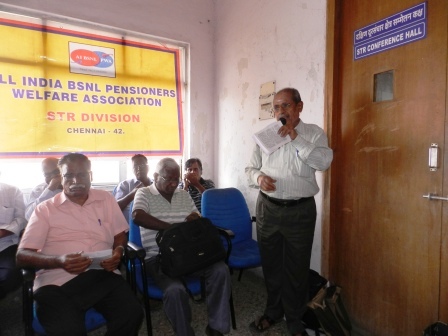 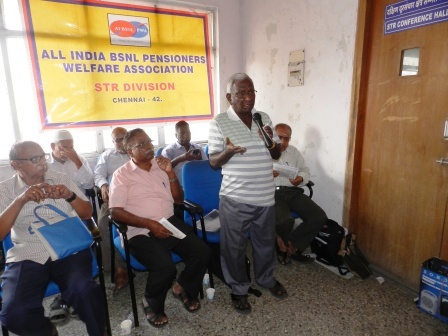 Com K. Muthiyalu said that totally 15000 thousands pension revision cases have come from SSAs to CCA Office and about 4500 to 5000 cases were processed. He said the pension revision work in CCA office is very slow.When he pointed out that this to Jt CCA on 6-2-17 meeting they told that the delay is due to post 2007 pension revision work which is taking much time. So it was decided in the meeting that the pre 2007 work should be taken first and completed before March 2017 and then the post 2007 work should be taken. He further said that our leaders are going to New Delhi next week to meet officers in DOT & BSNL to persue our other cases like pension revision at par with CG Pensioners, gratuity revision, extra increment case, delinking of 33 years service for pre 2006 BSNL Pensioners. 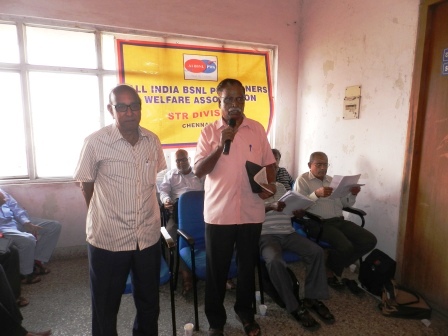 Com Venkatachalam,  Divisional Secretary, Trichy spoke pensioners in BSNL are happy because of their pension is revised regularly. No other public sector organization pensioners are getting pension revision. He said we should strengthen our movement further. 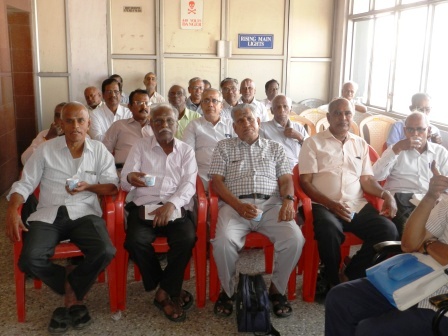 Com S. Sridharan said that AIFPA is going to conduct a MASS DHARNA on 18-3-17 at Tamilnadu State Guest House, Chepauk to press the central Government to implement the point to point fixation of pension revision as recommended by the 7 CPC. Com K. Muthiyalu is the key speaker in the Dharna and requested our members to attend the Dharna en mass. 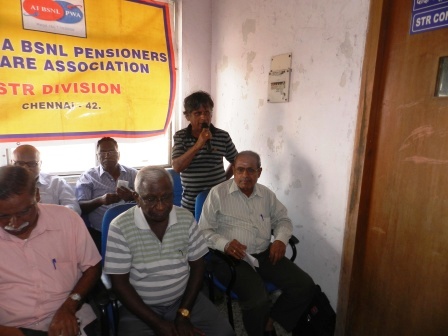 Com Sundarakrishnan conveyed vote of thanks. 84 members participated in the meeting.
Posted by STR DIVISION at 20:55