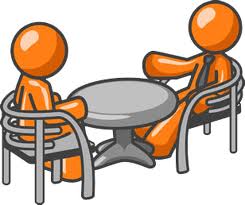 Com D.S. Ramalingam gone to CGM TN Circle office today. He met Sri G. Ravi, PGM F and enquired about 78.2% Pension works. He said a separate AO has been allotted for this work and things are moving fast now. Com D.S. Ramalingam invited him to participate in our Pensioners Day Meeting as CHIEF GUEST. PGM F TN agreed to come and told that he will confirm it soon.

Com Ramalingam met the Special Accounts officer for pension revision work and discussed with him about the progress. He hopefully told that post 2007 cases will be finished before this month end. He told pre 2007 work is very light and that will be taken after finishing this post 2007 work. Com Ramalingam asked him to expedite the case since members are eagerly awaiting the outcome patiently. He also perused our members com Mohanraj and Rathakrishnan’s cases. The meeting with the officers were very useful and he has given pressure to them to expedite the cases.
Posted by STR DIVISION at 21:10